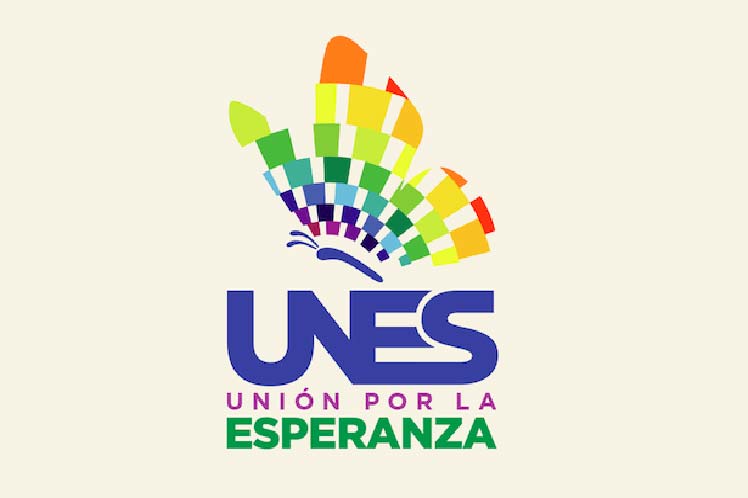 BECAUSE THE LEFT DID NOT UNITE, LASSO WON THE PRESIDENTIAL ELECTION (11.4.21) – By itself, Arauz’ effort could not be enough. The right-wing CREO alliance (“Creating Opportunities”) won only 400,000 votes more than the “Uniòn de la Esperanza “.

CREO gets 4.6 million votes and the Union de la Esperanza 4.2 million. The total of votes cast was around 11 million. The missing votes on the left are among the spoilt, the voids and the part abstention. About 2 million people did not vote.

There were divisions within the indigenous communities, with leaders offering different views. This led to an ambiguous attitudes on the part of the central organisation, the CONAIE.  Even some Pachakutik (leaders and groups) brazenly called to vote Lasso “against the populist dictatorship”. It is with those two million of lost votes that the left victory was allowed to be taken away.

We wrote before of the unfavourable conditions in which the “Revoluciòn Ciudadana” got to this electoral nomination.  It suffered persecution and repression all over these last four years. An important part of the leading team ended up in jail (Jorge Glass and others) or outside the country (like Correa and Patiño). Throughout 2019, about ten candidates and lists were proposed that the Electoral Commission (Junta Electoral) rejected, one after the other, until the last moment.  It was only in December 2020 that the Arauz-Rabascall formula was accepted. After that, and just as had happened before, and again during the elections, the media and the judiciary indulged in campaigns of denigration to disparage the Correa’s movement. With this level of hostility, the progressive candidate was put on the defensive and made to follow prosecutors’ agendas.  For this second round, Arauz needed to make himself known and rebuild relations with the rest of the left which had failed to coalesce in the first round.

We also said that, together with the leading group of “Revoluciòn Ciudadana”, the movement had been weakened by a series of mistakes made during the last Correa government. These had caused a disintegration in the popular camp. They were not mistakes to be quickly mended. Some of the policies and choices of that last Correa government had divided it from important parts of society; divisions with the most advanced sectors of the indigenous world, with environmentalists, with feminists and with sectors in the trade union movement. Add to this the nomination of Lenin Moreno in 2017 – this decision having demonstrated inadequacy in the political instrument and in its internal functioning.

These last four years have been difficult for the Ecuadorian people. Those who did not lose their jobs have seen their conditions worsen and get more precarious. Wages and pensions have fallen and the number of poor people has increased. The pandemic has aggravated this situation. Society as a whole has been heavily penalised by the Moreno’s neoliberal performance and the return of the country to the mortal embrace of the IMF. This is why it is not enough to lay all the blame at the door of “traitor” Moreno. He is a squalid character, certainly, but he chose to rest on “the moderate groups”. This disheartened a part of the electorate which lost faith in the movement as a result; those who still have faith constitute its “hard centre” (some 30-35%). But without a participatory, democratic and popular political instrument, this centre does not have the means to dialogue with, and convince the other sectors of society.

Andres Arauz worked hard during the campaign which he filled with content and interesting initiatives. He tried in every way to bridge the gap between the “Revoluciòn Ciudadana” and the social movements. He achieved collaborative pacts with young people, women, indigenous communities and trade unions. Unfortunately, he did not have the necessary time. Despite his efforts and those of the campaign’s leaders, he could not reconnect the social movement with the political movement. Big media and the heavily funded “sucia” (dirty) right-wing campaigns hinted at a future of permanent mayhem should Arauz win this election.  Lasso used this to make soothing speeches like: “Let’s end the disputes” and “No to the enemy”. This was aimed at middle class and peasant sectors who eventually decided to vote for the right.

The difference (400,000 votes) is not unsurmountable. The approximately 4.2 million who voted Arauz-Rabascall are the active portion of the social body. Even if it has not triumphed, the strength of the Correist movement remains substantial, live and in the process of rebuilding in parliament and in society.

Arauz’s statement, issued after the results, is of great importance. It commits the movement to continuing its work and not to wait for the 2025 elections. To the militants, to the Ecuadorian people, he said: “We will never abandon you.” This is a political commitment to build the social force to block the neoliberal road. This commitment already contains opposition to the privatisation of the Banco Central; it commits to defending all the public services as in Education and Health.  Knowing that the elected president is not going to keep to his pacifist rhetoric, Arauz calls for the law to be respected, the end of the persecution of the opposition and the release of the political prisoners. One can escape scrutiny in the secret of the ballot box, but not in the social struggle. In the coming struggles, those who will want their voices heard are 4.2 million.

The “non-triumphant” candidate (Arauz) has also committed to building the “New political organization and Popular power”; it is based on respect for the “Buen Vivir” Constitution, on combating the privileges, defending the popular masses and cancelling the debt of the small traders and entrepreneurs. Arauz views this battle in the country as part of the great Latin American homeland, in a framework that he wants “progressist, multinational and social democratic”.

We, at Communist refoundation, European Left, will continue to support all the future efforts of the Correa’s movement and the “Revoluciòn Ciudadana”.