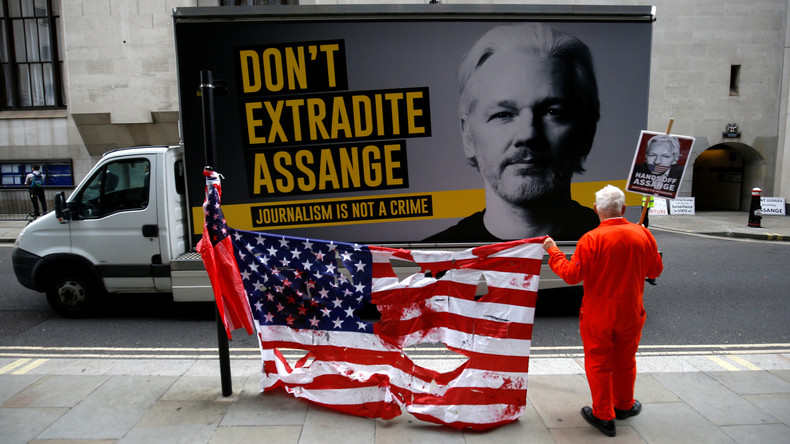 Posadists Today publish here two articles by Fabien Reeves (in RT) on the Assange trial at the Old Bailey. It is worth noting that the US Legislature retains the right to appeal and reverse this decision. The judge presented her verdict as if moved by concerns to save Julian Assange from suicide or worsening mental health. In reality, this decision aims at deflecting the anger and indignation of the millions in the world who witness war criminals like Tony Blair walking free, and heroes like Julian being chased down. Further below, we reproduce Fabien Reeves’ article of 3 Jan 2021 (published in RT 4 Jan 2021) for the useful background details it contains. Posadiststoday.com do not necessarily endorse the political positions of the authors which it choses to publish.

Assange, 49, is charged with 18 counts of conspiring to hack US government computers and the publication of confidential military records, including a video of a 2007 Apache helicopter attack in Baghdad in which a dozen people, including two Reuters journalists, were killed [..].

Throughout his trial, his family, legal team and supporters have said Assange’s detention at Belmarsh prison was tantamount to torture, citing his deteriorating physical and mental health, exacerbated by a Covid-19 outbreak at the high-security facility in south-east London. 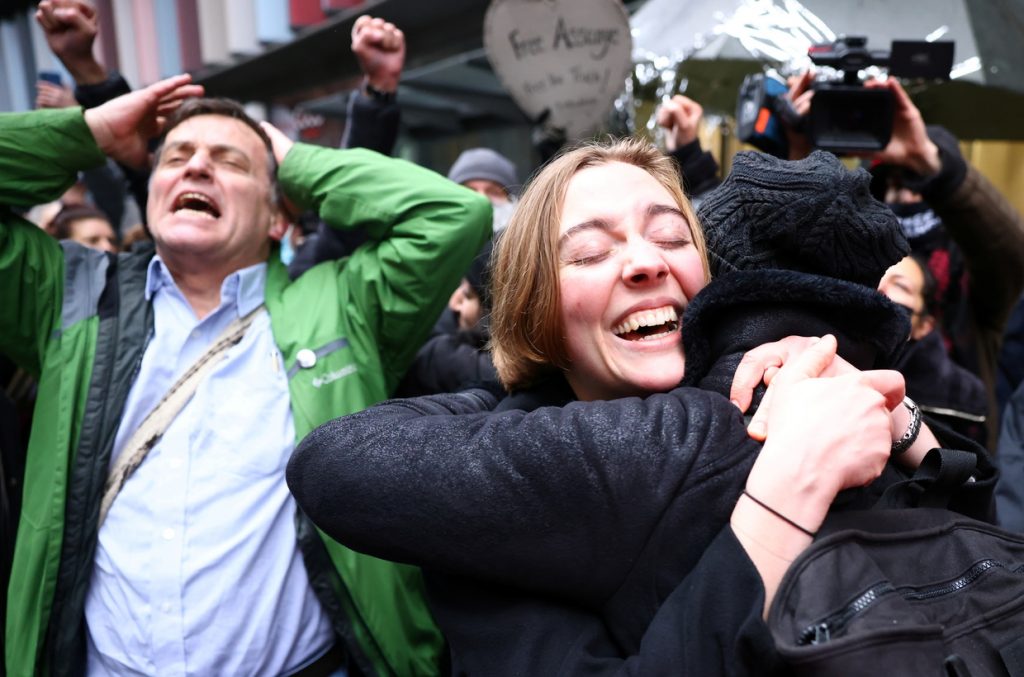 EXTRADITION OF JULIAN ASSANGE – A BRITISH DECISION MADE TO MAKE HISTORY:

UNDER LOCKDOWN SINCE APRIL 11, 2019, JULIAN ASSANGE WAS THE SUBJECT, IN 2020, OF A HEATED TRIAL CONCERNING HIS EXTRADITION TO THE UNITED STATES. WHATEVER ITS OUTCOME, IT WILL MAKE HISTORY.

This is the number of days Julian Assange will have spent behind bars in Belmarsh prison, as of January 4, 2021, the date when the British justice system must make public its decision on the extradition of the founder of WikiLeaks to the United States – a decision which will not mark the end of the legal fight: “It is almost certain that, whatever it is, the decision will be the subject of an appeal” noted Le Monde last September. In the meantime, not one Western chancellery has been outraged by the current affair, not one has offered political asylum to the man who has participated in making possible the most massive flow of information of general interest in this 21st century.

On 8 December 2020, there was a new appeal from the UN rapporteur on torture for the release of the Australian national. A week later, a recording was revealed which called into question the main American accusation against him. Rumours about a hypothetical presidential pardon that could be granted to him by Donald Trump. A gospel sung for Christmas in front of the British high security prison where he has been imprisoned since April 2019 … These are the kind of events that will have marked the cause of Julian Assange at the end of 2020, the home stretch before the long awaited British decision.

The date promises to be historic in one direction or the other. Indeed, despite the prospect of appeals, it could represent a giant step towards the end of the legal battles waged against the founder of WikiLeaks for a decade. But it could also remain engraved as the day when Washington, unwavering promoter of the “free world”, might have managed to extradite to its territory an Australian journalist who received many prizes in the profession. Nothing other than “a premeditated kidnapping” according to Viktor Dedaj, the administrator of the site Le Grand Soir which devoted itself for several years to informing the French-speaking public about the Assange affair.

In one way and the other, the American justice system has formulated many complaints against the Australian national, like violations of the Espionage Act (a federal law adopted in 1917), as well as, and especially, the endangering of lives through WikiLeaks publications, an accusation more than ever disputed. In the United States, Julian Assange thus faces a sentence of 175 years in prison.

A decade-long “political” and legal ordeal … 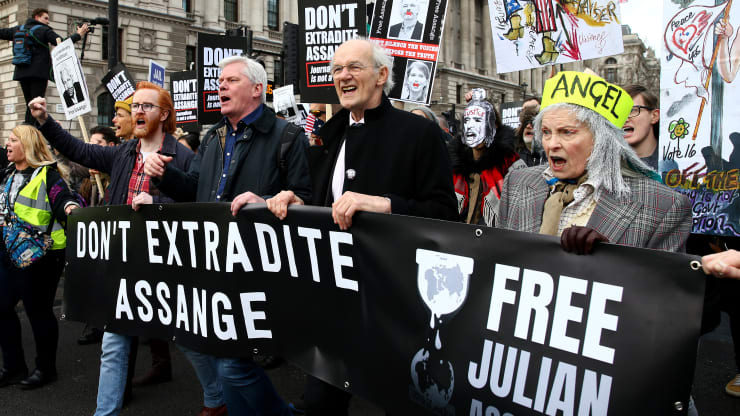 The UK court’s ruling on Julian Assange’s extradition to the United States comes nearly three months after the last round of hearings in his trial, which ended on October 1, 2020. The US side was represented by lawyer James Lewis, while Julian Assange himself did not have the right to speak during this trial, described as “political” by many observers. “Only his lawyers could represent him and when sometimes he wanted to express an objection, he was immediately called to order by Judge Vanessa Baraitser who threatened him with exclusion”, explained our journalist Meriem Laribi in her last article on the trial as a whole.

Julian Assange’s legal trials date back to 2010, when Swedish authorities launched a rape investigation – the charges in this matter were dropped in November 2019 for lack of evidence. A “notable fact” said the French National Union of Journalists (SNJ) in a publication in early 2020: “The legal ordeal of the founder of WikiLeaks began in August 2010, at the precise moment when, as shown by revealed documents in 2014 by the whistleblower Edward Snowden, the US administration had just asked its allied countries to open criminal investigations against the founder and members of WikiLeaks.”

Anyway, this episode marked the starting point of a series of twists and turns, leading Julian Assange to take refuge in an apartment in the small Ecuadorian embassy in London, where his confinement lasted 2,487 days, before his arrest by the British authorities on April 11, 2019 . Since then, the Australian national has been in custody at Belmarsh Prison, a British high-security establishment located in the eastern suburbs of London and which depends on Her Majesty’s Prison Service. Doctors, investigative journalists and members of the UN denounced his conditions of detention.

If it appears as an emblematic case of the limits of the freedom to inform within the “free world”, the fate of Julian Assange has long been met with the general indifference of  Western governments. In fact, the personalities who once praised him – we think of old statements by Donald Trump during his presidential campaign in 2016, or even certain remarks made more recently by the star of the French bar, Eric Dupond-Moretti before his appointment to the government – have since privileged silence on this matter. In November 2020, the overwhelming majority of MEPs rejected an amendment referring to the Assange affair, which an Irish MEP had proposed to include in a report on the ‘fundamental rights’ situation in the EU in the period 2018-2019 …

https://francais.rt.com/international/82303-extradition-julian-assange-decision-britannique-amenee-marquer-histoire  – Use the English translation facility on the link