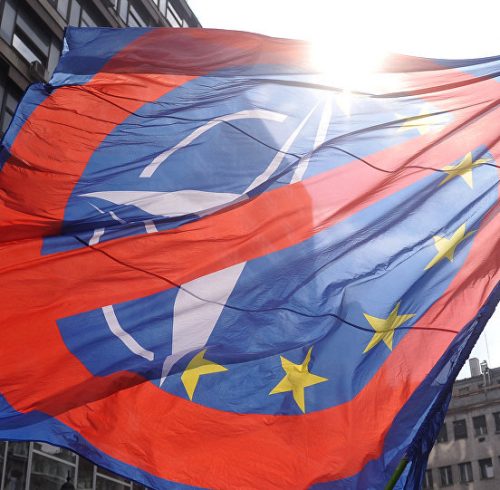 FEW DAYS AFTER THE JULY NATO SUMMIT IN WARSAW, SOME TURKISH SOLDIERS ROSE AGAINST THE ERDOGAN GOVERNMENT [1]. How does this hang together?

The reasons for the coup are not easily found in the internal politics of Turkey.

We believe these reasons are formed of a series of factors well beyond what the Turkish government and its army may wish to be doing; factors to do with the way Turkey has become sucked into the Syrian conflict for instance. Behind that conflict, you find the geo-strategic plans and interests of Yankee imperialism – plans and interests that never brought to Turkey anything but difficulties.

It is only a few years back that Erdogan could speak of: “zero conflict with the neighbours”. When the US started a campaign of sanctions against Iran on ground that Iran’s nuclear programme was for military aims[2], Erdogan and Lula (then President in Brazil) stepped in to propose a compromise: They suggested an accord that would commit Iran not to develop nuclear technology for military use. It was approved by all concerned, but not by the US government. One year later, Turkey patronised the Mavi Marmara flotilla and its 6 ships trying to deliver solidarity humanitarian aid to the Palestinians.

Then Syria became occupied by imperialist-backed mercenary armies[3] disguised to resemble an armed opposition to president Assad. These armies were created, trained and supplied by Yankee imperialism, with the support of all its vassals in the region: Israel as Number One Associate, followed by Saudi Arabia, Jordan, Lebanon, Qatar – and Turkey [4]. Like Turkey itself, each of those country was then obliged to serve further the interests of Yankee imperialism. They had to give up more of their own interests and internal stability.

This is not to deny that Turkey accepted, for the most, the efforts which this represented and the methods which it had to use. Only, its endemic conflict with the Kurds had become political, social, cultural and military. Instead of this tension moving towards political accommodation, it had led to Turkish and Kurdish armed clashes in a conflict threatening to be endless. This had brought  Turkey close to civil war, and now its involvement in the Syrian war was turning it against Iran and Russia.

The war in Syria and its sequels not only displaced masses, but presented Turkey with a new problem for which the countries of the European Union had no solution, not even a transitory one. 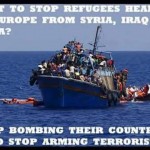 If Turkey’s ambition is to be a regional power, it did not go about it very well. This must be why it followed the US in this part of the world, the US’ adventures and the US’ conditions. These conditions lessened Turkey’s ability to govern itself and deal with the Kurds as it sees fit. The conditions demanded by the US caused Turkey to enter the US’ false “fight against terrorism” – something which has done much harm to the relations between Russia and Turkey, commercial and political.

On 1 December 2014, Russia dropped the plans for the construction of the South Stream pipeline meant to deliver gas to Europe through Turkey. Relations with Russia deteriorated to the point that Turkey brought down a Sukhoi SU-24M Russian attack aircraft[5], at a time when it was also allowing its territory to be used by armed bands of pro-imperialist mercenaries, with nothing Islamist about them, apart from their disguise.

As far as the United States were concerned, it was not enough that Turkey should grant them the use of its territory. Turkey should be a docile and subservient puppet as well. Erdogan should give guarantees which he is said not to have offered. These guarantees have to do with Turkey’s shores on the Black Sea, with Nato’s involvement in Ukraine[6] and with the US’ need to see Turkey governed to the satisfaction of the US without fail.

The coup of 15 June 2016[7] was planned, and was carried out from the Nato base of Incirlik[8]. There, the US sits over hundreds of atomic bombs, and it is not going to let them fall into other hands.

Such is the context of this state coup in Turkey. It did not come from a part of the Turkish bourgeoisie, or from a clash of tendencies out of which one sector won the support of the army. No, nothing like that. It is a Nato coup. A coup for imperialism to forge ahead on a very difficult terrain indeed. The difficult terrain has been laid by Russia’s intervention; and laid by the success of Russia’s intervention in its front of coordination  with the Syrian government. 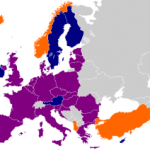 You would have thought that a basic sense of decency would have impelled the US to want to save the Turkish government and keep it from destabilisation.

Instead of that, the US behaved as if waking from deep sleep. It initially denied that this was a coup, then it started defending Gulen[9]. But all this is weakness, and the facts that Erdogan denounced proved true.

Erdogan denounced the behaviour of the US, and he did not stop at this. For the better or for the worse – for him – he called on the masses to intervene and not to abandon the streets. The crushing of the coup lasted 3 hours, causing 300 dead and 2,000 injured. The way it happened showed the profound influence of the mobilised masses. The pro-Erdogan demonstrators did not try to beat up their opponents. They stood where they were and shouted accusations against US imperialism. They began a march towards the Incirlik base with slogans for its closure. If they did not arrive, it is because the police stopped them.

The indication is that the masses have started to participate in Turkey. This heralds new processes. As the masses intervene more, it is very possible that Erdogan will take fright, start retreating and mends fences with imperialism. This may happen. The fact is that the masses of Turkey intervene, and this will make a big difference in the country’s policies. In the coup, the demonstrators who took to the streets demanded that the Yankees go home. People are well aware that the Yankees defend interests opposed to those needed by Turkey. No government that eventually replaces this one will be able to ignore this fact.

In the matter of the coup, the bourgeois European leaders acted with the same sluggishness as the United States. But when Erdogan can no longer rely on US support, he will be left at the mercy of his mobilised population. With whatever difficulties in the way, he will then be free to renew relations with Russia. And in his dealings with the European bourgeoisies, he will still have up his sleeve the Ace Card which he holds on the immigration negotiations.

At the Warsaw Summit, Nato voted for world domination and sole political leadership of the capitalist system. The end of the Summit was not older than a few days that this great big crack appeared in the middle of it! And right bang there, on the Turkish Front!

[1] Fethullah Gulen, born 1941. Turkish Preacher, living in the US. Head of the organisation called: ‘Alliance for Share Values’.

[7] Said to have been engineered by Fethullah Gulen.

[8] It is used by the US, but also by the British RAF and the Royal Saudi Airforce.

[9] The violence of Erdogan’s crackdown was exaggerated in all the Western press, and this continues today. Editorial, Dec 2016.