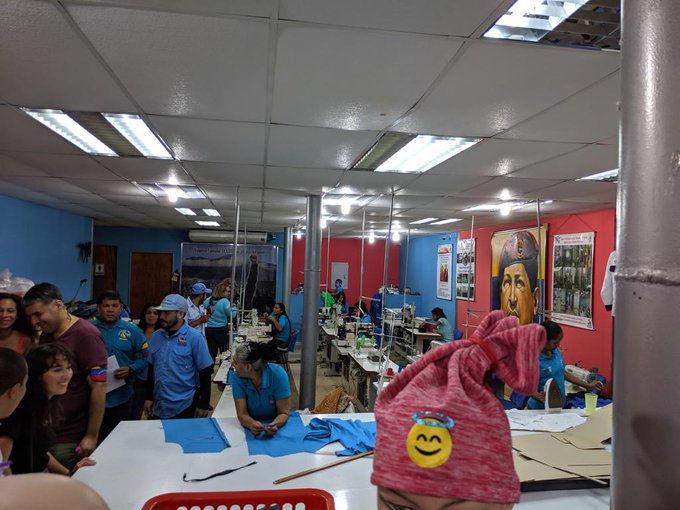 Kawsachunnews interviews Jesus Rodriguez-Espinoza, editor of the Caracas-based Orinoco Tribune, about how Venezuela’s economy is finally seeing light at the end of the tunnel after years of recession caused by crippling US sanctions. Figures by the UN’s Economic Commission for Latin America and the Caribbean (CEPAL) forecast positive GDP growth of 3% in 2022, above the regional average of 2.1%. It’s also the first year of positive growth for Venezuela in seven years. Monthly inflation is also down to single figures and has been for the whole last quarter. What is going on, and how has Venezuela achieved this?

What has caused these positive developments for the Venezuelan economy?

Starting in 2018, President Maduro started taking concrete measures, without much noise, aimed at tackling the terrible economic crisis we’ve experienced since 2014. Since then, our GDP has fallen by around 75%, a shocking fall, one of the worst anywhere in the world for many decades. The severity of this crisis has made clear the need for economic recovery, which is just starting now because in 2021 we saw positive growth of 4% announced by President Maduro. In 2022, we hope to see the growth of 3-5%, and CEPAL concurs, forecasting the same level of growth.

These improvements are very visible in Venezuela and it’s thanks to policies introduced by Maduro in 2018. Their decision to allow foreign currencies to circulate has also been very wise and has allowed people to protect themselves from inflation and therefore calmed the national currency.

These efforts to rebuild the economy, which we’re now seeing the fruits of, have been carried out in the middle of one of the worst cases of foreign aggression against our country, particularly the economic blockade imposed by the US and the EU. It’s very impressive that Maduro has begun to turn the economic situation around in the context of these constant foreign attacks.

I am very critical of Maduro’s first years in power, during which Maduro’s economic policy was very erratic, this approach began during the final years of Chavez when things became too ideologically orthodox, and I believe that approach contributed to the crisis. However, Maduro realized that the economic advisors at the time were pushing policy in the wrong direction, and so in 2018 he turns towards a more serious approach.

Up until 2020, monthly inflation was in double digits, but during the last quarter of 2021 inflation dropped to around 7% consistently for that whole period. Has this helped Venezuelans day to day?

Absolutely, in December 2020, the monthly inflation hit 77.5%, but in December 2021 this drops to 7.6%. No one can deny this progress, it’s hard evidence that there have been positive measures taken by the government of President Maduro. Formally, Venezuelan is no longer suffering hyperinflation, we have left the cycle of hyperinflation which economists define as 12 months or more of monthly inflation above 50%. By December 2021, Venezuela finally completed an entire year in which monthly inflation never reached 50% in any month. For people in other countries, our figures still seem very high, and the media still attack us. However, they don’t know the context which is that the situation has improved greatly in 2021 compared to 2020 where annual inflation was over 2000%.

President Maduro’s government has been intervening in the currency markets to ensure inflation is within a range considered appropriate by the Central Bank. The fact that many people are being paid salaries now in foreign currency has also calmed the situation as people aren’t wondering what prices will be because before prices could change 2-3 times within a single day. This reach its worst point around 2019, but that’s now turned around and inflation is reducing, which means that people are no longer scared to hold Bolivares in the bank. We’ve lived through a chaotic period, but the conditions going into 2022 are very positive, it’s not just CEPAL saying this, but also many international banks, some of whom have forecast growth of up to 5-6%.

Another important aspect is the rise in oil production, an area that was badly hit by sanctions against the state company PDVSA. By the end of 2021, Venezuela had reached 1 million barrels per day, more than double the same period the year before. This is because many refineries have been reactivated after falling into disrepair because sanctions stopped replacement parts from being imported. This increase in the productive capacity of the economy has led to many calling for wages to be looked at, specifically public sector wages that are very low due to inflation. Private sector workers are getting paid in a mixture of local and foreign currency, which has protected them somewhat from inflation, but public sectors workers have been hit hard over the years. I think this year Maduro may look to adjust those wages to help workers, this is something that has already been happening gradually in some parts of the public sector, for example, oil workers have received some financial incentives to continue working and to raise production. Maduro has been very pragmatic on this issue, despite the criticisms from the ultra-left who want salaries to rise immediately but without acknowledging the context of the aggression we face from the US, and the need to raise production.

Surely investments from and cooperation with China and Russia have been key in rebuilding the oil industry?

Of course, but in terms of the oil industry and PDVSA, Iran has been the most important ally here. Russia has projects and investments in Venezuela’s oil industry, and the agreements that PDVSA has with Russian companies are critical. However, the alliance with Iran has been the most significant, there were times when Venezuela was barely producing any oil at all, during that time our diplomat Alex Saab, now kidnapped by the US government, negotiated deals with Iran to bring in food and tankers with oil to alleviate the crisis and give Venezuela the space to rebuild. Of course, the US didn’t like this because they think they own the world. That cooperation with Iran was also on technical issues, such as repairing refineries etc.

Cooperation with Iran – Venezuela’s oil industry collapsed under the weight of sanctions in part because much of it was built with US and European technology, so they had the power to stop us from repairing the infrastructure of PDVSA by blocking replacement parts with sanctions. The government has long been trying to find a solution and now finally the technological infrastructure of the refineries are being adapted to that used by our allies, and that is thanks to this international cooperation with Iran and Russia. China has also helped us, but in a different way. They have bought up a lot of our oil despite the threats by the US who have tried to cut Venezuela off from all its customers. We can see that this triangle of solidarity from Iran, Russia, and China, has helped Venezuela rebuild PDVSA.

URL of this article : https://venezuelainfos.wordpress.com/2022/01/27/pourquoi-la-croissance-economique-revient-au-venezuela/