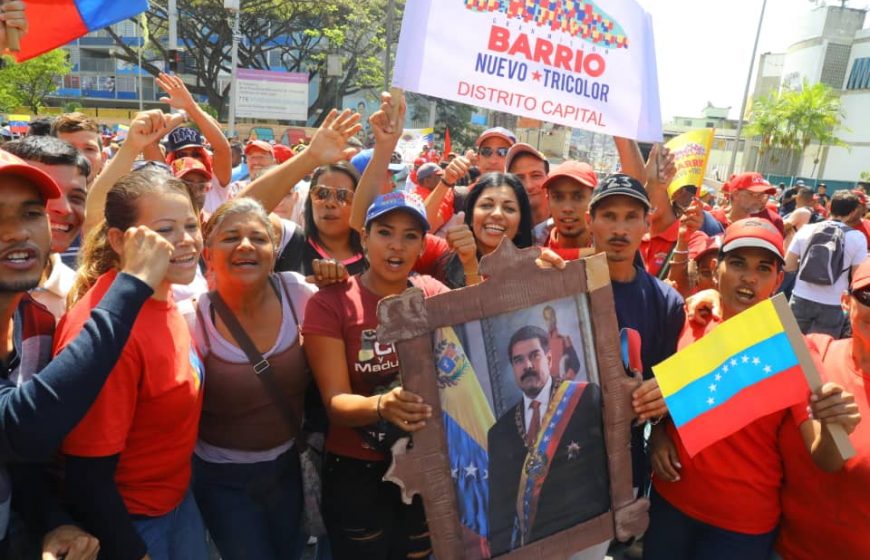 “WE ARE IN A HISTORIC DAY, WE ARE WRITING NEW HISTORY” president MADURO told the troops at Aragua’s Libertador Air Base – The Bolivarian National Armed Forces (FANB) are ready and willing to mobilise in defence of Venezuela, President Nicolas Maduro confirmed while touring a military facility Tuesday. Telesur, 4.2.19

The FANB will ensure the “U.S. empire never thinks to touch even a handful of the territory in the country,” the head of state said after supervising a day of aviary exercises conducted in honor of the Angostura Congress’s bicentennial.

“Venezuela needs an Armed Force to meet the country’s needs and ensure territorial integrity, the peace of the Republic, the civic-military union, and instill respect for the Constitution,” he said from the Libertador Air Base in Aragua.