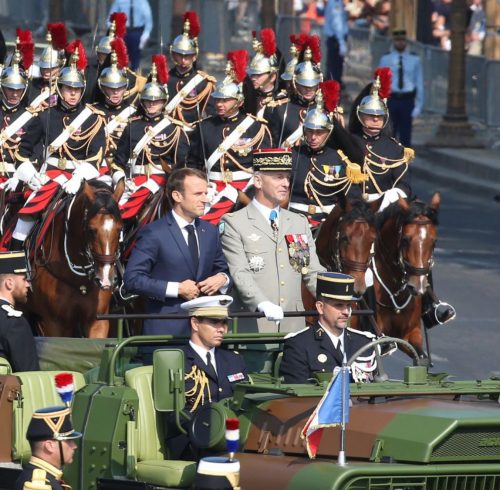 VIOLENCE AND WAR ARE THE CONSEQUENCES OF THE DEVELOPMENT OF CAPITALIST SOCIETY, A SYSTEM GROUNDED ON PRIVATE PROPERTY AND LOGICS OF PRODUCTION BASED ON PROFIT AND COMPETITION.

ITS WARS DO NOT RISE ONLY FROM ITS ARMS’ PRODUCTION, EVEN IF THE LATTER INCREASES EXPONENTIALLY FROM YEAR TO YEAR, ESPECIALLY SINCE THE ATTACKS OF 9/11 – ITSELF THE PRETEXT USED BY AMERICAN IMPERIALISM AND ITS ALLIES TO OPEN NEW CONFLICTS AS IN IRAQ, AFGHANISTAN, YUGOSLAVIA, MALI, SYRIA, LIBYA

These wars take also other forms, through economy and commerce, through competition for markets and raw material resources, both between the capitalist countries themselves and with the former so-called socialist countries. Today, such wars can take the form of “health crises” that turn the pandemic into an enemy to be slain. Giving cause to new security measures, “migrant crises” and population movements due to the conflicts, the global warming and the natural disasters generated by private property and competition at world level.

The army, the leading employer in France:

This situation demonstrates the total inability of this system to manage and anticipate what it calls crises – which are in fact situations that it is responsible for. In the arms race for instance, military spending is now breaking records: more than 2 trillion dollars in the world, the United States being in the lead, followed by China, India, Russia, Saudi Arabia and France, with NATO member countries making more than half of this spending. And this frantic race takes place on land, at sea, in the air and in space, in search of technological innovations and ever more sophisticated weapons, including nuclear ones. In 2009, France returned to the NATO’s military command (which in fact it had never left). France is actively participating in the “Defender Europe 2020” major maneuver program which got reinforced and amplified in 2021, since it did not even stop during the pandemic. This consisted in the disembarkation of soldiers and equipment of the American army in the port of La Rochelle last July (2020) who crossed the country on their way to Germany and Poland. These big maneuvers of the United States, their NATO allies and other partners plan to continue throughout 2021 with the aim of leading the world into a mobilisation against Russia and now China. The latter are now considered a serious threat to the capitalist countries posing as the only defenders of freedom and democracy. This is specified in the “NATO 2030” dossier of the NATO missions for the coming years.

NATO should have been dissolved from 1990 after the disappearance of the Soviet Union and the dissolution of the Warsaw Pact. It reinforced itself to the opposite of this, and now has 800 bases and 220,000 troops dispersed in 150 countries. Without any consultation or debate in the French National Assembly, France acquired two NATO bases: a Franco-German air-base in Evreux dealing with air transport, the other in Mont-Verdun near Lyon for the surveillance of civil and military flights in connection with that of Aix en Provence. In February 2021, the Ministry of the Armed Forces announced the upcoming installation of a NATO Space Center of Excellence in Toulouse – this news warmly greeted by the mayor of the city and the elected officials of the town on grounds that “it will contribute to the development of the economy and local employment”.

This question is obviously politically strategic when you consider how aviation sectors like Airbus are in full crisis, with major restructuring plans and many jobs threatened by the economic crisis following the pandemic. The army has now become the leading employer in France in terms of young people recruitment and the economic development of territories. This raises many questions regarding the future of our country. The “NATO 2030” report presents 138 proposals said to face the challenges of the coming decade. These will be discussed at the Brussels NATO summit on 14 June 2021, with the aim of pulling all the member countries behind a common strategic vision. The latter will give priority to the security challenges posed by Russia’s so-called aggressive actions, threats of terrorism and cybercrime, the effects of global warming and the potential rise of China. To meet this goal, it is necessary to have control over the weapons – nuclear included – of the European member countries, and to keep them under military and political domination. Obviously so, for the sake of cohesion, peace and stability!

The crisis in the French army

The NATO project with its ‘2030 roadmap’, and France’s active participation in it, create significant turmoil in the French army. Two groups of soldiers have spoken up publicly.

The first group to do so early in 2020, was the “Joint Reflection Circle”. Representing high-ranking soldiers who have left the service, this Circle brings together generals and senior officers of the three Armies. Considering itself independent of government and of military hierarchy, the Circle stands opposed to the subservient positioning of France and Europe towards the United States and its NATO military instrument. It finds merit in the positions of Charles de Gaulle who decided in 1966 to stop France’s participation in the NATO’s Integrated Command, and no longer putting forces at its disposition. In November 2020, this group of soldiers proceeded to publish a manifesto titled “Towards a French strategy useful to Europe“. In it, the members of the Circle call out the dangerousness of a transatlantic link which obliges member-countries not only to adopt American weapons and equipment, but to make of Russia and now China the main enemies to have to fight. All this, in their view, to justify the NATO military tool and use of nuclear force, when the real threat is terrorism. In their manifesto, they declare not only that France must regain its sovereignty – the only country in Europe to hold nuclear weapons since Brexit – but that it must leave the military organisation of the Atlantic Alliance. Elsewhere, they speak accusingly as follows: “For the future, you’d justify the military tool of this alliance by turning it into an essential and inescapable political instrument to manage vast international coalitions, for the profit of a planetary governance going as far even as overriding the United Nations’ decisions and crushing the national sovereignties”.

Emmanuel Macron and the government have decided to devote a budget of 39.2 billion euros to the modernization of atomic weapons. France is more than ever engaged in the race to militarize the world, alongside the United States and NATO. The fight against terrorism serves as a pretext for military intervention abroad, in Africa as elsewhere, for the preservation of the multinationals’ economic interests and (their grip over) the natural resources (oil, gas, water, minerals, rare metals) which are going to be vital in the years to come.

A second group of soldiers published a column recently, signed by 20 generals, 100 senior officers and hundreds of military personnel in Valeurs Actuelles, a far-right publication. This document upholds patriotism in front of the disintegration now hitting the country; it castigates the growth of areas of lawlessness, crime and influx of migrants. It calls for insurrection and a military coup. Sanctions might have been taken against this group by senior military authorities, but this is not certain as such a move must wait and be formalised by a decree from Emmanuel Macron.

These different groups may seem contradictory in the French army, but they express the great weakness of the capitalist system and the loss of confidence in its power. There will be different currents in the army, so there should not be only right-wing or far-right-wing ones. The left could also speak out and win over a good part of the military by calling on the country to leave NATO and ratify the Treaty on the Prohibition of Nuclear Weapons. The Chief of Staff of the armed forces General Lecointre affirms that there is no extreme right-wing radicalisation in the army, and that the republican army is absolutely not politicised; but surveys from Médiapart (Independent site of Information in France) in the cases of Neo-Nazi, serious violence and proven harassment against young recruits in the army, show an institution and a society in full disintegration.

France zooms full speed into repressive measures. The National Assembly no longer has the means to stop the accumulation of freedom-killing laws. Citizens are attacked more and more regularly on peaceful pickets and demonstrations. This happened on May the First – be it in Paris, Lyon or Montpellier – where the CGT (trade union) contingents were savagely attacked by small and highly organised groups. The public services are being privatized, particularly the hospitals. While the left seems completely crushed and unable to form a united front to build a real alternative to this neo-liberal society, the far-right has the road wide-open before it. You really worry when you see press reports making a sensation of the rise of the Rassemblement National (ex National Front) in the pre-electoral surveys.

The challenges associated today with war preparations are of a much higher order of importance than the June departmental & regional elections or the 2022 presidentials – but it is only the latter that preoccupy the political sphere. The United States and NATO (meanwhile) do not waste a minute in mobilising the Alliance’s member countries in Europe. They make ready to use all the means at their disposal to achieve their aims, at the cost of a nuclear conflict included. Could possible war be less dangerous than Covid?

It is absolutely necessary that the left parties stop tearing each other apart over posts, egos and power struggles. They must become aware of the imperious need to rally for the united anti-capitalist front, to build a more humane society, a society responsible for the environment and capable of developing peace.