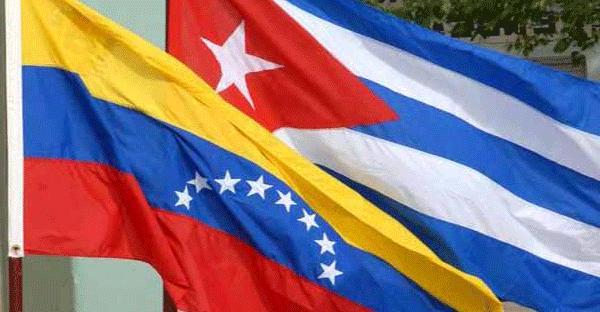 URGENT MESSAGE TO THE WORKERS´ AND COMMUNIST POLITICAL FORCES OF THE WORLD – As it is stated in the Declaration of the Revolutionary Government of Cuba on the last February 13th, “the escalation of the U.S. Government´s pressures and actions to set the stage for a military adventure disguised as humanitarian intervention” is not just a real threat against the Venezuelan people, but also against world peace.

Washington should not underestimate the costs of an aggression against Venezuela. The possibility of a disastrous regionalization of the armed conflict would affect our peoples and all social, economic and political sectors.

The Posadiststoday.com join in this appeal. They express their solidarity with Cuba and Venezuela. They say: forward to the united front of the proletarian, Communist and progressive forces of the world!

We are in the face of a typical threat of imperialist aggression – regardless the disguise used – whose main objective is the appropriation by the United States of the biggest certified reserves of oil in the planet. It is evident, once again, Washington´s contempt for the dozens of thousands of civilian casualties that could be brought about by such at sight conflagration.

It would be an attack not only to the Bolivarian Revolution. In the logic of the hawks that control Trump Administration´s policy towards Latin America, this action is seen as the final thrust against the left and progressive forces all over the world. Today it is Venezuela; tomorrow it will be Nicaragua, Bolivia or Cuba.

Therefore, the defense of the Bolivarian Revolution becomes the first trench in the struggle for the sovereignty of Our America, for the ideal of social justice, peace with dignity and unity all over the world.

We reaffirm at this time the thesis of our government when it reminds that “what is at stake today in Venezuela is the sovereignty and dignity of Latin America and the Caribbean and of the peoples of the South. Also at stake is the survival of the norms of international law and the U.N. Charter. It is at stake whether the legitimacy of a government comes from the sovereignly expressed will of its people, or from the recognition by foreign powers”.

We call for a united march to show to the Yankee Empire that the peoples of the world do have a sense of sovereignty. This is the time for communist and workers´s parties from all continents to show the immense political potential that we represent in the struggle against war and in the defense of peace.