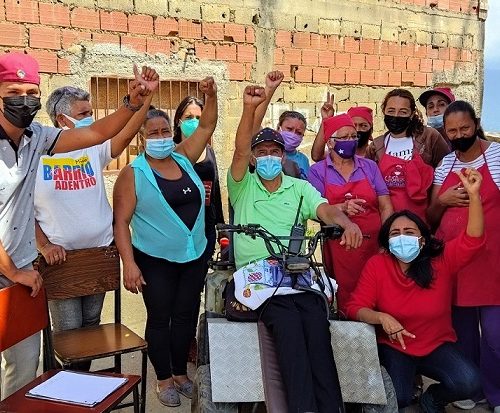 Since l’ensemble of the international observers is satisfied with the democratic character of the vote, these elections should teach the Biden administration that to continue supporting MUD, and particularly the Guaido’s fiction of ‘interim president’ is a policy destined to fail.

For the first time in four years, every major opposition party in Venezuela participated in elections. For the fifth time in four years, the left won in a landslide. Voters elected 23 governors, 335 mayors, 253 state legislators and 2,471 municipal councillors. The governing United Socialist Party of Venezuela (PSUV) won at least 19 of 23 governorships (one race remains too close to call) and the Caracas mayoralty in the November 21 “mega-elections.” Of the 335 mayoral races, the vote count has been completed in 322 of them, with PSUV and its coalition taking 205, opposition coalitions 96 and other parties 21. Over 70,000 candidates ran for these 3,082 offices, and 90% of the vote was counted and verified within hours of polls closing. Turnout was 42.2%, eleven points higher than last year’s parliamentary elections.

Here’s why chavismo, the movement behind the PSUV, won:

Published by the site Venezuela infos on 24 November 2021. https://venezuelainfos.wordpress.com/2021/11/24/venezuela-cinq-raisons-pour-lesquelles-le-chavisme-a-gagne/

Photo : Young Jesus Garcia, indefatigable organiser and trainer in the Popular Commune of Altos de Lidice (Caracas) was elected Municipal Councillor after an intense campaign of listening and commitment in the popular areas of the capital. He was sworn in on 24 November 2101. Crédit photos: Jesus Reyes.