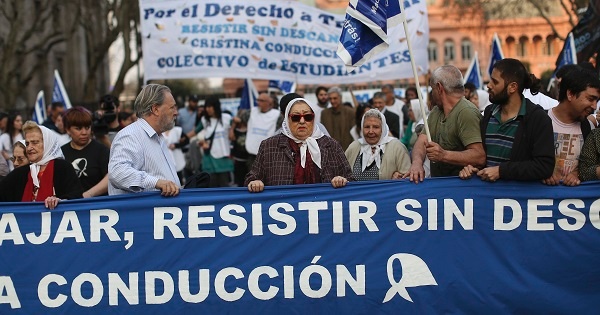 The Posadiststoday salute the courage of the Maduro government of Venezuela as it supports Argentina against British imperialism in the Malvinas.

Although it is faced with enormous difficulties and internal attacks, the leadership of the Revolutionary State of Venezuela continues to show the courage and the vision of its Revolution. To look for the support of the Argentinian masses is also in its revolutionary interests. And the way it seeks the support of the Argentinian masses shows that this support already exists, and is substantial. This is why the Maduro leadership feels the confidence to take the lead in this matter.

Sectors around Temer of Brazil and Mauricio Macri of Argentina are trying to remove Venezuela from ‘the Common Market of the South’ also called MERCOSUR. But the Maduro leadership still enjoys the support of Ecuador, Uruguay and others, and partially in Brazil as well.

Maduro’s expression of solidarity with the Argentinian masses against the colonial arrogance of British imperialism is a lesson to the Left in the Labour Party. Its shows that the socialist perspective does not have to be dropped because capitalism is opposed to it. That one can resist and continue to win on the socialist road by unifying the masses on a Continental scale – and internationally. That the best defence against counter-revolution is the organisation of the economy and of society on the basis of human need, exchange with the neighbouring countries and support to the anti-capitalist struggle on an international scale.

By inserting the following code in their browser, the readers should be able to access the original declaration of the Venezuelan Government against British imperialism in the Malvinas.

Here goes a translation of that declaration:

“The Bolivarian Republic of Venezuela publishes the following Communique through its Ministry of Popular Power for External Relations, the MPPRE:

The Bolivarian Republic of Venezuela expresses its solidarity with the people of Argentina as the latter faces the unacceptable decision of the government of the United Kingdom of Great Britain and Northern Ireland to conduct military exercises in the Malvinas Island, from 19 to 28 October 2016, to include the launch of ‘Rapier’ missiles.

This sort of thing violates International Right and of more than 40 United Nations Resolutions. On the part of the British government, it is an act of provocation and intimidation against the Argentinian Nation.

The Argentinian Republic forms part of the proud regional bloc of CELAC. At its Summit of 29 January 2014, it declared itself a Peace Zone that will not stand for the intimidation of the Argentinian people and feels their just cause as its own.

The Bolivarian Republic of Venezuela demands from the United Kingdom [UK] that it respects the terms as set out, and reiterated, in the declarations of the General Assembly of the United Nations. These put the UK in the obligation to negotiate a peaceful and definitive solution to this dispute. Equally, and in line with the special declarations of CELAC and UNASUR, the Venezuelan Government urges the UK government to end its colonial stance in the Malvinas Islands, and proceed as recommended by the United Nations.

The mention of Celac and Unasur in this Communique shows that the Maduro government looks to defend its own country, Venezuela, through organs of overall integration between the countries of the American continent. The MPPRE’s Communique shows that Venezuela seeks the support of the masses of Argentina, in order to achieve the defence of the peoples through their integration. Imperialism dreads this very high level of consciousness and grasp of the role of human relations in the construction of the new society. The British masses observe this elevation beyond the control, the individualism, the egoism and the (lack of) culture of their own capitalist society. Imperialism is afraid of this, because there is no weapon that can stop this happening.

If Ecuador recovers rapidly from the recent earthquake – and Cuba did not suffer human fatalities in the latest cyclone – it is thanks to the constantly elevating social and political organisation of those countries. This encourages the masses of Argentina. It encourages the masses of Britain too! It shows to the latter how much solidarity is a matter of learning from others, rather than protecting them.

The picture at the top of this article shows the March of the Resistance that took place on 27 August 2016 in Buenos Aires – and which the Macri government wanted to ban. Thirty organisations demonstrated behind the Mothers (the Madres), demanding the right to jobs and the right to protest. Such defiance and determination diminish the counter-revolutionary opportunities of Macri clique. Macri – who bent the knee to imperialism –  now hesitates on whether to defend the national sovereignty of his country. In this matter, the masses of Argentina do not hesitate; and they hate the Macri leadership for their alliance with the imperialist fiends. This is a doomed leadership because it is hated by the masses, and obviously despised by British imperialism as well.

With its support for Argentina in this matter of the Malvinas, Venezuela demonstrates to the masses of Argentina that the Revolutionary State of Venezuela instantly invites the fraternal and collective organisation of the continent.  The  MPPRE declaration is bound to have a great effect on the people of Argentina, and throughout Latin America.

The British military manoeuvres in the Malvinas are naturally angering the masses of Argentina. It is in their interests to answer by drawing closer to Venezuela; it is in their interests to demand forcefully from the Macri government that it fights British imperialism, and world imperialism, instead of serving it. A  few days ago, the Venezuelan Foreign Minister Delcy Rodriguez (below) called on the United States to pull out of its military bases across Latin America.

The social value of what can be achieved with the petrol from Venezuela is incomparably superior to any good price it may fetch on the market. There is no reason why Venezuela – while diversifying its economy –  cannot use its oil as a direct means of exchange with its neighbours – giving them the oil they need and receiving from them the goods that Venezuela needs.

Forward to the creation of even more systematic organisations of coordinated mass power in Argentina, Venezuela and across the continent.

The military manoeuvres of British imperialism in the Malvinas serve only to unite Latin America more tightly around decisive countries like Argentina and its strong working class.

Forward to a much greater participation of the Trade Unions and popular masses in each country of Latin America and the Caribbean, as well as across those countries, with Cuba at their core, and in the functioning of Celac, Unasur and Mercosur.

Message of Cristina Kirchner to the March of the Resistance: 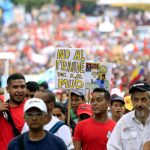 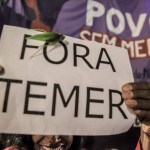 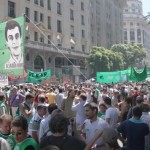